In this round, I only got to learn about force. As I went on the Robotic trip, I missed this class for one week and I didn’t get to learn about Movement. Force is also related to movement, force is the energy or strength the cause of action. Movement caused by force. Let’s get to know more about gravity.

What is the traditional definition of gravity?

How is weight related to gravity?

I really love STEM. After I learned in STEM class, I get to discover new thing with my every days life. Sometimes STEM is really hard. I had miss this class because I need to on trip. This round it’s kind of hard to catch up because the lesson are related to each other. We mostly learn every lesson from Ck12, so it’s make me easier for catch up the lesson that I had  missed.

All living thing contain carbon. Carbon is a chemical element with symbol C and atomic number 6. It is nonmetallic and tetravalent making four electrons available to form covalent chemical bonds. It belongs to group 14 of the periodic table.Carbon is a very common “ingredient” of matter. Carbon can combine with itself and with many other elements to form a great diversity of compounds. The compounds can also range in size from just a few atoms to thousands. There are millions of known carbon compounds. Carbon is the only element that can form so many different compounds. Six example of carbon are coal, chark, pencil, diamond, sugar and wood.

What is carbon cycle?

The series of processes of carbon compounds are inter-converted in the environment. As the involving of the picture below. Animal respiration, plant respiration, auto and factory emission, dead organisms, etc,  are contain carbon dioxide. They gone to the atmosphere, but tree doing photosynthesis and absorbs all those carbon dioxide. Tree produce oxygen for human. No tree, there will be global warming and no fresh air.

We also doing experiment about the black snake. We doing this to see how carbon turn to something interesting. We’ve been doing the experiment for two times, and we will see what is the different.

Sugar turn into to the carbon ash. 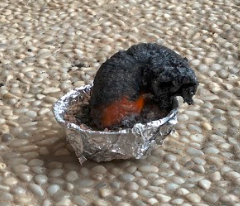 This time we put more sugar that why it created more carbon ash.

This term, in STEM class, I got to learn many things. We got to learn about periodic table, elements, alloy, chemical bonding, ionic bond, covalent bond, Polar and Nonpolar Covalent Bonds.

First of all we got to learn the history of Periodic table. Mendeleev is the one who organized the elements from left to right across each row, elements are arranged by increasing atomic mass. There are only 92 elements.

Now, In Periodic table, there are 118 elements, those new 26 elements were just add by some new scientist. In the modern periodic table, elements are organized by atomic number.There are 4 group in periodic table: alkali metals, alkaline earth metals, halogens and noble gases.

All the elements in group 1 have just one valence electron, so they are highly reactive. The alkali metals are soft. Most are soft enough to cut with a knife. They are also low in density. Some of them even float on water. All are solids at room temperature. In Alkali Metals, there are lithium (Li), sodium (Na), potassium (K),rubidium (Rb), caesium (Cs), and francium (Fr).

At Halloween day, we got to make the Pixar story by using Halloween characters with elements. Here is one of my Pixar story about Lithium.

Once upon a time, there was a fat ugly witch name Bablue who live in a tiny wood house in a deep jungle. Everyday Bablue always makes the poison. One day it was a big storm rainy day. Bablue can’t make her poison because the wind blows so hard and she can’t make fire. So she told her magic broom to find something that can replace fire.  After a few minutes later, her bloom came back with glass of oil with a silver rock. Then she put it in her poison. After a moment the poison was exploded and burned her hair. Because of that she turns on her computer and trying to research it. Then she saw an element name Lithium. She found out that Lithium is the chemical element with symbol Li of atomic number 3, a soft silver with the white inside like the rock that she just put into her poison at moment. It is the lightest of the alkali metals. They put them is oil because if we put them outside, it can be reacted. It’s reacted with water that why it burn her hair but if she put the just a little bit, it just boils her poison. Until finally she gets to know about it and trying to learn more about the elements.

An alloy is a mixture of a metal with one or more other elements.

What is chemical bonding?

Chemical bonding, any of the interactions that account for the association of atoms into molecules, ions, crystals and other stable species that make up the familiar substances.

What is ionic bond?

Ionic bonds is the form between metals and nonmetals.

What is Covalent bond?

Covalent bonds are bonds in which atoms share rather than transfer electrons.

What is Polar Covalent Bonds?

Polar Covalent is covalent bonds, electrons are not shared equally between the two atoms.

What is Nonpolar Covalent Bonds?

In Liger Leadership academy, we also have STEM class. This class is my most favorite class because I love science. The meaning of STEM are:

Mostly this class were study about science. I have been learn this subject for two years. In this term, I have learned about physical science . This class mainly, we were learn from a website, that called CK-12 . We were started from learning about Mass and Atoms.

Here are some lesson that I have been learn for this term about Mass:

The difference between Mass and weight: 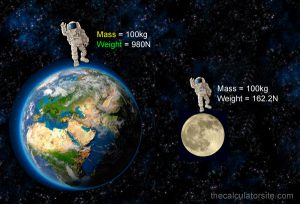 What I have learned about Atom:

Here are some examples: 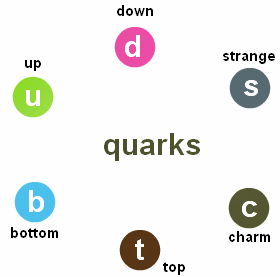 We are not just learn from the teacher or some websites but we also do some experiment about it. Doing experiment is really helpful for me to understand about my lesson because we are not just take notes and listen to the teacher but we take action to know more about it. Also after we finish doing experiment or research, we were share the information about our lesson to explain more about some part that we not really get to know to our classmate.

Liger Leadership Academy students are English Language Learners. They have been immersed in English since arriving at Liger, We pride ourselves on prioritizing process over product. Please excuse any English errors as part of the learning continuum our students have taken over the years.